Intermediaries between Web and SAP Application

SAP Gateway – due to the strong growth in the field of mobile devices, there is an increasing need for suitable applications for this.

There are numerous tools, techniques and standards on the market for the development of so-called apps. SAP Gateway was developed to provide developers with a suitable interface for communication with the SAP system.

With the SAP Gateway, data from ABAP-based SAP backend systems can be published to the outside world. The goal is to provide consumers with stable access points to the SAP system. Typical consumers for this data are websites, native mobile apps, and web apps. In addition, customers are Javascript applications, such as SAP Fiori and SAP UI5, as well as applications from cloud platforms.

Until now, RFC-based technologies have mostly been used in SAP development. With SAP Gateway, a new way of communicating takes place. Via so-called RESTful services combined with the OData protocol. 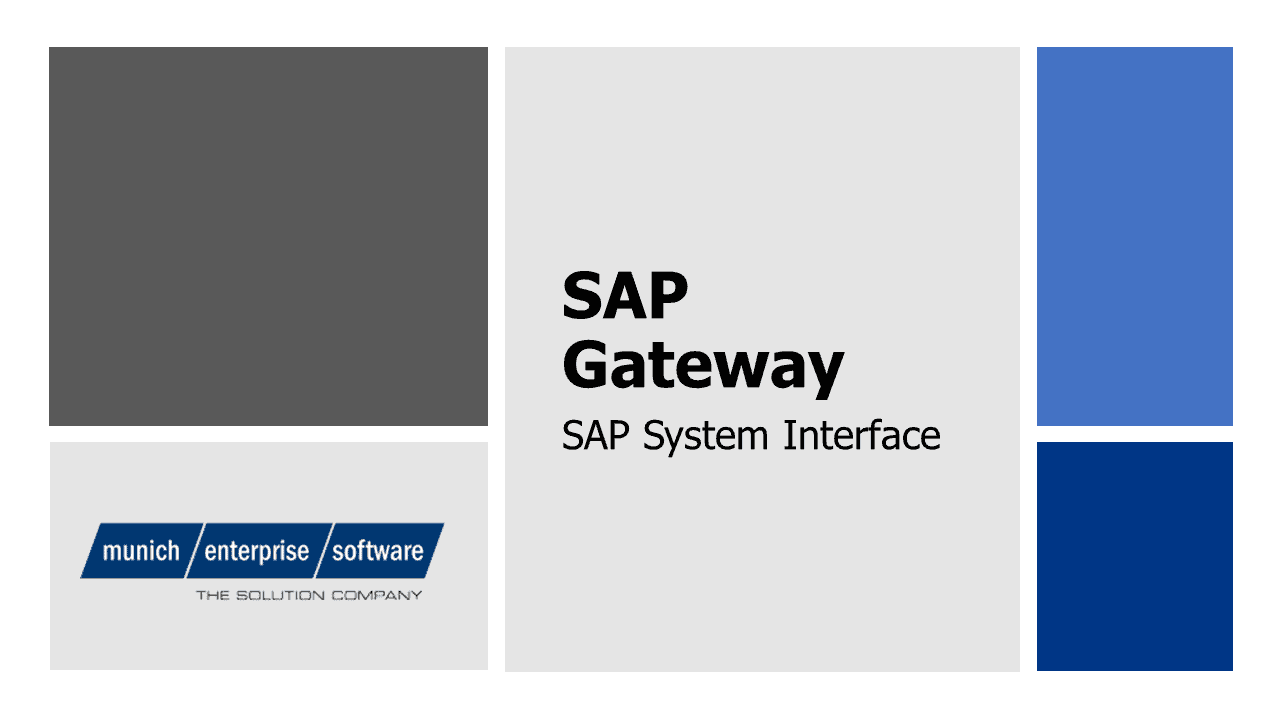 SAP Gateway provides a development environment for web services to use the data from the SAP backend system, such as SAP Business Suite or SAP S/HANA.

FOR communication between the front end and the backend, SAP relies on the OData standard. It was originally developed by Microsoft and has become the industry standard. All major software manufacturers such as Microsoft, SAP, IBM are constantly developing this standard together.

The OData protocol has become the standard for data exchange on the World Wide Web. This standard supports full CRUDQ functionality. The letters C – R – U – D – Q stand for Create, Read, Update, Delete and Query. For this reason, this protocol is also known as the Open Data Base Connector (ODBC) for the Internet. It is based on the Entity Data model, which shows the objects and their relationships with each other. This data is represented to the outside world in the Formats Java Script Object Notation (JSON) and ATOM/XML.

OData is based on the Representational State Transfer (REST) protocol and offers the following benefits:

What are the functions of SAP Gateway?

When you install SAP Gateway, you have an infrastructure to develop and generate services. With SAP Gateway, you get an optimal development environment for web services. Services can also be created without any programming effort. For the service implementation, you can use RFC, BAPI and search tools and CDS views.

The architecture of SAP Gateway

There are three different ways to install . The central hub deployment, the integrated deployment or the SAP cloud platform OData Provisioning.

Do you have questions about SAP Gatway or would you like an SAP System Demo?

We would be happy to advise you in a personal conversation.